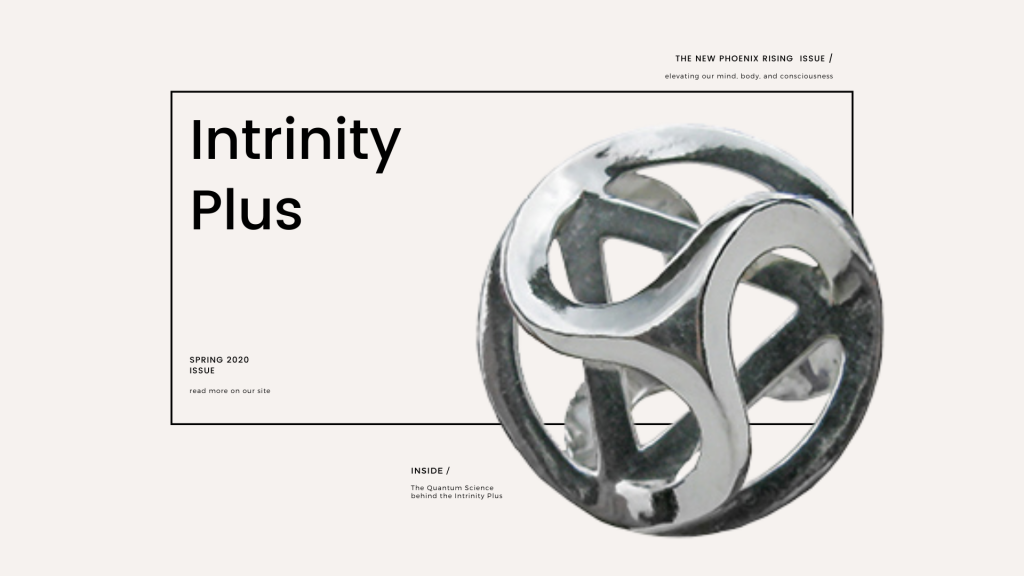 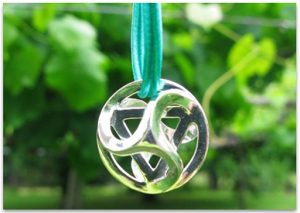 The Intrinity Plus is a Quantum infused

Unlike some other EMF protection devices, Intrinity Plus
is worn on your body for maximum protection. It protects
you not only from your own EMF and RF emitting devices,
but from all sources of radiation that you may contact
or be surrounded by (other people’s cell phones for example),
and you can feel the difference!

All of us are experiencing ever increasing levels of electromagnetic field (EMF) exposure, much more than any time in recorded history. There are over 2000 scientific studies documenting the negative health effects of EMFs. The World Health organization has declared EMFs a Class 2-B carcinogen (the same category as DDT, lead and chloroform).The  second largest insurance provider in the world, Swiss RE, refuses to insure against damage from EMF devices.

Some of the many known negative effects of EMF

And many more…
And these effects are known to be worse in children and fetuses!

Unless you can move to another planet, you cannot escape or block EMF radiation. Quantum Infusion used in the Intrinity Plus does not block EMF or RF (radio frequencies) but rather, it transforms your relationship to the radiation so that the harmful effects are reduced or eliminated.It can be compared to the way the pigments in

BioLumina work. It does not shield the sun’s radiation like a sun block but instead harmonizes your body’s relationship with solar radiation so that only the benefits are experienced. You could say that the Quantum Infused Intrinity Plus raises your vibratory frequency such that the damaging aspects of the radiation simply are not a match to your body

The Quantum Science Behind The Intrinity plus

Quantum Infusion combines ancient wisdom with high-tech computer controlled plasma generators and is the result of over 40 years of research by our renowned team of physicists. Working through the body’s meridian system as described by Traditional Chinese Medicine, Quantum Infusion in the Intrinity Plus works directly with the energy body to create a new relationship between the host and the EMF such that the usual harmful effects are minimized or eliminated. 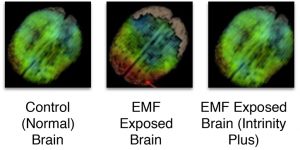 In this independent study, QEEG brain mapping was used. This enabled the researchers to clearly
see the effects of EMF on the brain. Here are photos of one brain which is typical of the results in
this effort. The red areas are where the damaging (heating) effects can be seen. Clearly the control
brain is looking much like the Intrinity Plus protected brain. 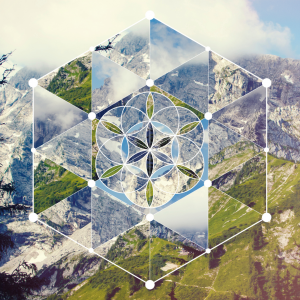 Sacred Geometry can be loosely defined as geometric,
mathematical patterns that are found throughout nature.
Many ancient buildings and monuments were based in
this concept. The Golden Ratio, the Fibonacci Sequence
are well known examples. The Trinity, a foundational
principle found in most religious and spiritual traditions,
symbolizes the threefold nature of existence: Creation,
Maintenance & Destruction, or Body, Mind & Spirit, etc.,.
The Intrinity Plus contains many symbols (as does the
New Phoenix Rising logo) such as: Infinity, Triskelion,
Triangle, Circle/Sphere, and when observed from the
correct angle, a representation of the 4 chambers of a
human heart. When spun, a Merkabah appears.

What’s Included with Your Intrinity Plus

Each Intrinity Plus is individually made by hand of genuine 100% Sterling Silver, and then Quantum Infused at our facility. You’ll know it’s genuine by the ✱ sign hand stamped on each one. Inside of the gift box it is shipped in, it is elegantly packaged in a beautiful New Phoenix Rising pouch, and includes a polishing cloth and fabric cord so that you can wear it immediately.

While most people prefer to wear the medium or small size, the large size is a bit more powerful and can be used to treat a whole room, should that be a better option. For example, if you have a baby in the room who cannot safely wear a necklace, the large size can be the best choice.
PrevPrevious
NextNext

We are committed to be of assistance in the evolution of human consciousness. Through cultivating Authenticity, Congruence and Empowerment, and by enhancing people’s ability to choose Health, Abundance and love, we are fostering the development of Global Spiritual Community based on freedom, personal creativity and harmony with Nature. 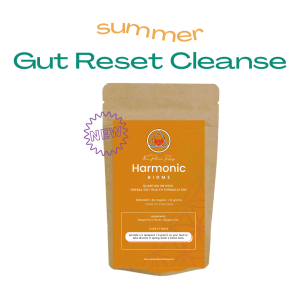 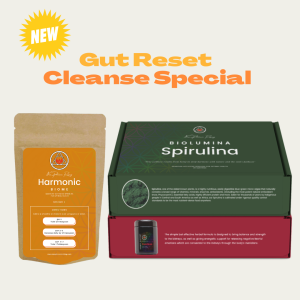 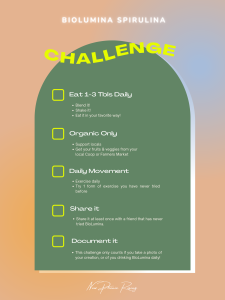 Sharing BioLumina Spirulina with Your Friends